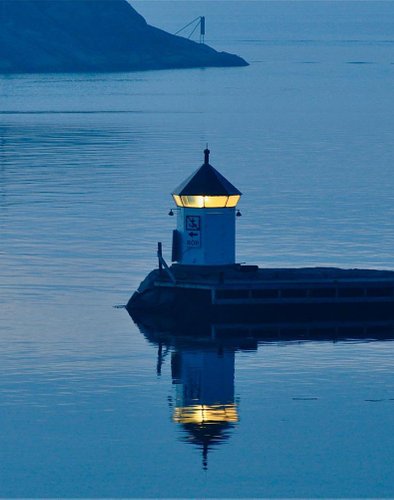 Stora Kornö is a unique island. It has a facinating history and is one of the most well kept islands on the West coast. Indeed, the island looks just like it did 100 years ago.The oldest boathouses in the harbour are protected as historical monuments and were built around the 17th century.

The first settlers came to the island at the end of the 16th century and more houses were built during the whole 17th century. Today there are 52 houses on Stora Kornö, the last of which was constructed in the 1940s. More houses can't be build on the island.

There is also a little school on the island. The last pupils went there up until 1955. Now the school is used by the Friluftsfrämjandet for their activities (sailing camp, hiking). There is also a small shop in the house where you can buy icecream, sweets and first necessity products during the summer.

Historically, the source of income on the island was fishing but at the end of the 19th century, the inhabitants turned to commercial transport as a form of revenue as well.

Nowadays, there are no permanent inhabitants on the islands. However, there is almost always someone on the island all year around and during the summer, every house is full and there is a lot of activity in the harbour.

WHAT TO DO ON STORA KORNÖ

Stora Kornö has a lot to offer. The wildlife is very interesting with a lot of flowers and plants like the Kaprifole which is Bohuslän's emblem. There are also rabbits, roe deers and sheeps. For those who like swimming there is also a bathing site called Sandvick where you can find a sandbeach as well as a bathing dock. There are lots other places on the island from where you can swim. Don't hesitate to ask the locals !

Have a great stay!

Harbour fee during the summer season: 300 SEK which can be paid by Swish, cash or card.

There is access to water all year around with toilets and showers. 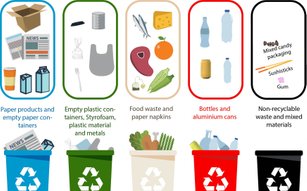 On this island we separate our waste and recycle as much as possible. You will find our different bins in the harbour on a specia deck. 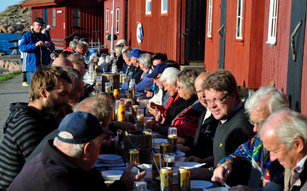